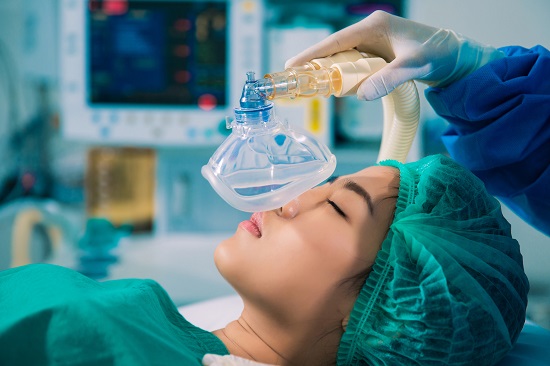 With Greek roots that mean “without feeling” or “without sensation,” the word “anesthesia” means “a loss of the ability to feel.”

To anesthetize people, then, is to make them unable to feel anything, either physically or emotionally.

Part of speech:
Verb, the transitive kind: you say that “something or someone anesthetizes someone else,” as in “the dentists anesthetize their patients.”

Most often, we use it passively: “he’s become anesthetized by the boredom,” “she’s anesthetized to their criticism.”

Other forms we use often in a figurative way:
anesthesia, anesthetized, anesthetizing

Spelling note:
Outside of the US, people write “anaesthetize,” with that extra “a” in there.

How to use it:
This word’s tone is cold, harsh, and medical. When you refer to people, especially groups of people, as anesthetized, you’re comparing them to passive, unfeeling, unthinking, powerless recipients of powerful drugs.

Often we say people are anesthetized by whatever kept coming at them until they stopped being able to care. “He was anesthetized by a constant influx of rude customers.”

And often we say people are anesthetized to whatever they can’t care about anymore, or anesthetized to something’s power, effects, or influence. “It used to infuriate him when his customers snapped their fingers at him, but now he’s anesthetized to it.”

examples:
We heard “Whenever, Wherever” three times an hour all summer and grew anesthetized to its bubbly joy.

“We meet [the taxidermist] Jessa-Lynn, shattered and up late, anesthetized on cheap beer, hands moving on autopilot as she restores the dignity to tattered pieces of roadkill.”
— Parul Sehgal, The New York Times, 28 May 2019